Life Is An Adventure – dolphins-island.net
Home Destination & Places Why Poland is worth visiting? 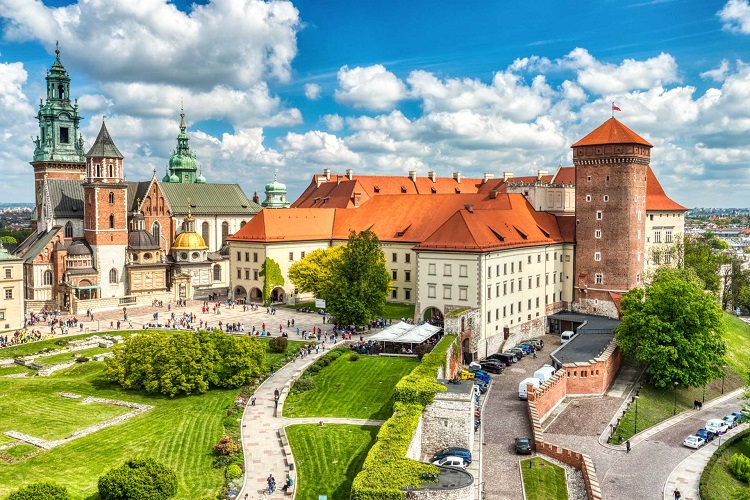 Poland is unique in itself. The country has almost everything that a human would like to see, experience or visit. Great history and lots of monuments, beautiful mountains, rolling hills, caves and valleys to the south, sandy beaches, dunes and sea climates to the north, plains, forests and lakes in the center, developing cities and charming villages. Here are our top reasons why Poland is the perfect travel destination.

The rich history of the country

The history of Poland is, on one hand, the times of the golden heyday of the state, but also difficult or even dramatic periods – wars, partitions, and occupations. It is also a complex relationship with our neighbors and the interpenetration of cultures, and therefore we can find traces of Jewish, German, Ukrainian, Russian and Lithuanian culture in Poland. There are thousands of historical monuments in Poland, and the most important ones certainly include: the Auschwitz-Birkenau Museum in Oświęcim, the Westerplatte Peninsula, the Gniezno Cathedral, the Wawel Royal Castle, the fields of the famous Battle of Grunwald. Also you can find here a huge number of Gothic, Renaissance and Classicist castles, most of which have survived almost intact and today they function as museums. Poland has remarkable old towns with historic buildings, town halls, towers, cloth halls and 19th-century tenement houses. In addition, there are many places from World War II, where war memories of our great-grandparents are cherished. History fans certainly won’t get bored here.

Unique or even exceptional cultural and natural objects are added to the UNESCO World Heritage List. So far, the list already includes over a thousand objects submitted by countries from all continents. As many as 16 of them are located in Poland! The Old Town in Krakow was included in the list as one of the first facilities in the world. There is Wawel Cathedral with the giant 13 tonne Sigismund Bell in its bell tower, and the Royal Tombs, the final resting place of 13 Polish kings. Another object on the list was the Salt Mine in Wieliczka. In 2013, the mine in Bochnia was also added to the list. The Wieliczka Mine comprises nine levels. The first is 64 metres deep and the last 327 metres deep. Several tourist routes have been marked out. You can see, among others, Chapel of St. Kinga, the world’s largest underground temple. The UNESCO list also includes the largest extermination camp in the history of humanity, Auschwitz – Birkenau. Over 1.3 million prisoners passed through the camp, 90 percent of whom died. In addition to the above, the list also includes Białowieża Forest, Historic Centre of Warsaw, Old City of Zamość, Castle of the Teutonic Order in Malbork, Medieval Town of Toruń, Kalwaria Zebrzydowska: the Mannerist Architectural and Park Landscape Complex and Pilgrimage Park, Churches of Peace in Jawor and Swidnica, Wooden Churches of Southern Lesser Poland, Muskauer Park, Centennial Hall, Wooden Tserkvas of the Carpathian Region in Poland and Ukraine, Tarnowskie Góry Lead-Silver-Zinc Mine and its Underground Water Management System and Krzemionki Prehistoric Striped Flint Mining Region.

In Poland, everyone will find something for themselves – we have almost everything! Mountains, hills, plains, lakes and the sea. You can enjoy the sun while relaxing on the sandy beaches of seaside towns, for example in Gdańsk, Kołobrzeg, Łeba or Mielno. Alternatively, go on one of the several dozen mountain routes offered by the Carpathian Mountains (including the extremely charming Tatra Mountains or beautifully forested Bieszczady), the Sudetes or the less popular, but equally interesting Świętokrzyskie Mountains. Lovers of sailing and barbecuing will appreciate our beautiful lakes. The most beautiful can be found, among others, in Masuria, in Bory Tucholskie or in the Drawskie Lakeland. Poland is also green and dense forests, full of wild animals, National and landscape parks, beautiful villages full of folk traditions, wonderful and developing cities that catch up with the cities of the west. The cultural and natural richness and the fascinating diversity that connects them, make Poland perfect travel destination .

Getting to know the local cuisine is one of the most enjoyable moments of the trip. Polish food is one of the best in Europe. The most famous Polish dishes include Pierogi (dumplings which can be filled with a variety of savoury or sweet ingredients), Gołąbki (cabbage leaves stuffed with meat and rice and cooked in tomato sauce), Bigos (a slow-cooked stew made with meat and vegetables) and Żurek (traditional Polish sour soup served with Kiełbasa (meat) and eggs. In addition to the above, make sure you try some typical Polish sweets such as jam-filled Pączek (Polish donuts), glaze-topped Sernik (Polish cheesecake) or Makowiec (poppy seed cake – traditionally served for Christmas). Poland is also known for excellent beers and a wide selection of vodkas. You need to try it!

Why is it still worth getting to know Poland? The number of tourists visiting our country is growing every year. They appreciate both our biggest cities and local attractions. Cities such as Gdańsk, Warsaw, Częstochowa, Kraków, Wrocław, Poznań, Zakopane are real pearls of our homeland, gathering crowds of people, entertainment shows, monuments and historical museums, buildings with architecture unparalleled anywhere and symbols of the past. Most Poles speak English very well. Poland is in 11th place in the world ranking of English language proficiency conducted by the EF Proficiency Index (EF EPI). So, don’t hesitate! Plan your trip to Poland today! If you have any questions the friendly team from ITS Poland – Polish Travel Agency, will be happy to help you!

Do You Really Need A Tippet For Fly Fishing?

Tips when fishing in Portugal

Top 10 Places to dive with sharks

Do You Really Need A Tippet For Fly Fishing?

Jacob Malherbe - July 13, 2022 0
While fly fishing might seem complicated for beginners, there are so many amazing resources available to make sure you’re investing in the right equipment...

Benefits Of A Hotel Transfer

Jacob Malherbe - July 6, 2022 0
What is a transfer in tourism? These are travel delivery services. The transfer is ordered and paid in advance to meet tourists at the...

3 Most Attractive Water Villas As Places To Stay In Bali

Jacob Malherbe - June 8, 2022 0
The type of accommodation in Bali that offers a comfortable stay and is ideal for relaxation is a water villa. Many choices of water...

How Can You Enjoy The Best Holiday Trip

Jacob Malherbe - June 3, 2022 0
Is your life full of stress and fatigue from constantly meeting the needs and difficulties associated with pandemics, changes in exchange rates, and achieving...

5 Tips To Have A Staycation In Singapore

Jacob Malherbe - March 31, 2022 0
It is undeniable, in the current pandemic COVID-19 situation, there are still many tourists who want to have a staycation and come to visit...

Five Easy Steps on How to Plan Your First Foreign Trip

How to best enjoy Russia!

How To Explore Denver On A Budget

Why You Should Consider Mini Bus Hire

Why Scuba Diving is Best in Winter Season

5 Walking Holidays To Take In Europe